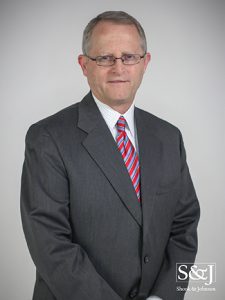 Jonathan E. Shook has been representing individuals in ERISA-governed disability claims since 1999. He has extensive knowledge of ERISA law, regulations, and related court cases. He received his bachelor’s degree in Economics/Political Science from the University of Oklahoma in 1987. He earned a MBA from Virginia Tech in 1992, and received his law degree, with honors, from the University of Tulsa College of Law in 1996.

Mr. Shook is an AV® Preeminent™ rated lawyer by Martindale-Hubbell, which indicates that his fellow lawyers rank him at the highest level of professional excellence. He has also been recognized as an Oklahoma Super Lawyer from 2008 through 2017 by Super Lawyers, which is a service of Thomson Reuters.

In 2015, Mr. Shook was ranked in the Top 50 of the lawyers recognized as an Oklahoma Super Lawyer.